Going to the movies isn’t what it used to be. I remember for my 8th birthday going with my friends to see “Harry Potter and the Philosopher Stone”. For all of us, it was a big deal! We got to fall in love again with a story we all knew by heart.

These days, it seems like sitting down for 2 hours straight is now a new form of torture. From my perspective, it feels like we need to be stimulated by some sort of external technological effect to keep our attention. This has recently become noticeable for me when I discovered 4D technology  and how it is now offered in local movie theaters. This made me think: What does that say about the current state of our society and the relationship with media?

Before I get ahead of myself, I need to define what is 4D technology in relation to film. It is a form of immersive technology that allows audiences to experience physical effects of a film – whether it be through the movement of a chair or spritz of water on the face. Early attempts of 4D technology used primitive vibrating seats and odors to create physical effects (Richard Verrier, Los Angles Times) Now in 2013, 4D is now making a defiant presence in the commercial film world. Effects like pre-programmed chairs that move in sync with the movie, burst of wind and water spray are now some of the common effects now being used.

It is interesting to note that Canada is a strong presence in this media development. D-Box, a company out of Quebec in 1998, has produced many of the preprogrammed chairs that move in sync with a movie. The first being in 2009 with the release of Fast and Furious.  These special chairs are found in many North American theaters and they company is quickly expanding  themselves world-wide.

To fully understand what what is 4D technology, it is best to watch some footage of the technology in action. Here are some promotional videos of: D-Box, 4DX and other 4D based companies:

As well, the best overall review from a North American perspective comes from Clevver Movies on YouTube. Here is their online review:http://www.youtube.com/watch?v=o6l6E4AM-EQ.

Lastly, It should be interesting to note where this technology is going. Here is a video of a 4D theme park in Korea:

This leads me to my personal review of 4D technology, specifically the D-Box chair. I was first intrigued by this technology when I sat behind them one night at a local theater. I wondered what it would be like to watch a film when the chair systematically moved with the movie. On November 19th, I decided to go see Thor: The Dark World in 4D. I was very unsure of how I would feel about the experience. I was worried that the chair would take away from the movie.

After watching Thor, I concluded that my initial thoughts going into the film were fairly accurate: I felt disconnected from the story. My feelings were particularly accurate when it came to close-up action scenes where audiences could feel the punches through the chair. I was distracted and I felt like it took away from the overall experience. On the other hand, what surprised me were the moments that the chair was especially effective. I really enjoyed larger action sequences, such as when planes or spaceships are flying about. As well, environmental effects like waves or explosions were felt through the chair were quite well done. I would like to see more of this affect being used, and less of the up close fighting effects. Overall, I probably will not see another 4D film in the near future, but will be keeping a close eye on how it develops to see when improvements are made. I am interested to see the full capabilities of this technology and how it will not only effect the audience but how filmmakers approach film making.

I am not alone with these views. From the ECN blog, Associate Editor Kasey Panetta also sees 4D technology not as immersive as it promotes. She also feels that the chairs do take away from the experience as she feels that images on screen are immserive enough. For her full review of 4D technology, check out her blog. As well The Daily Mail did a review and found some disapproving aspects to this technology. They found that not only where people getting sick and nauseous from the movement of the chairs. As well in movies with the water effect, the audience found it an uncomfortable experience as they were wet and cold for the rest of the movie. Their review is here for further reading. I for one would like to remain dry and comfortable when I am watching a movie in a theater. If I wanted to be in the Splash Zone, I would have gone to Sea World.

On the other hand, their is great excitement for the technology. By 2016, as Film Journal International writes, there hopes to be at least 800 theaters world-wide that support 4D technology. They report that 4D technology is not just a novelty experience. It brings a whole new way to experience films – one that cannot be replicated with the home viewing experience. As well, by developing this technology on an international scale, the film industry in the countries that support 4D will see a boost in interest in films. These opinions are viewed on their site here. What is gained overall with these films, as explained in /Films blog, is not an emotional connection that is developed through dramatic films, but a physical experience. As I experienced it with Thor, when used in the appropriate sequences, it works fabulously. But there were only a few scenes that executed the effect properly. In the next few years when film makers take notices of this technology will there be movies that specifically adhere to this film movement and will make successful, immersive films around 4D technology.

What I am trying to examine with this use of technology is: What experience is trying to be created through 4D technology? I am curious as it seems that lately, with all of these impressive technology advancements, there is a need to be one with media more than ever before. Even before watching Thor, during the pre-show, there was an interactive game with the use of smartphones.

A screen capture of what comes up on my iPhone when I play the game.

It seems that a new frame of mind is upon us – at least for younger generations. Individuals of my age and younger are being classified as “Digital Native” – a term created by author Marc Pensky in his work “Digital Native, Digital Immigrant”. In his earliest works, he notices a developing gap of technology understanding between older and younger member of societies. Pensky sees that the effects of the brain – especially the constant use the Digital Native has with technology is “rewiring” the brain. While the Digital Immigrant is focused on traditional forms of technology, the brain of the Digital Native is wanting a different experience: something that they are familiar with. I definitely recommend reading this fully, which can be found in Google Scholar. Continuing on, his early theories give way to a modern evolutionary shift. With that in mind, I see 4D technology with films as one of many evolutionary signals of a change in how individuals experience the world. That is why I think that 4D technology – though it is primitive and extremely young in its development, will become common in the years to come when it is better developed.

Right now, an evolutionary shift is occurring. I see this technology not only as an innovation but as a sociological signal. What is it that we want to accomplish with 4D technology that we cannot accomplish anywhere else? What are we trying to gain? The technology is still very primitive, yet it has not been properly explored. As a young filmmaker, I hope to see the development of this technology in a positive and enriching way that does not dull the natural human senses. nor take them away from experiences of the real world. Humans are more susceptible to technology use than ever before, so if it may be worth while in the future to create new experiences through 4D technology. Though I do not see that 4D technology is a possibility NOW, I believe that it is the future of the human experience in the years to come. We, as humans, are leaving the cities and colonizing in the infinite space of new media and technology.

Here’s Murphy’s little adventure at the park. It was a beautiful night with a beautiful sunset.

Sorry that I haven’t been as diligent with this project.

I went for a walk with my Murphy-doodle and saw this. For some reason it reminded me of the Walking Dead. Weird, I know.

I was out walking about and saw these amazing shots. As well,I filmed at some of these locations and I hope to use some of them for a summer project that I am working on.

This is a sign to which if you call the number you can hear my play over the phone. I did this when I was in grade 9. It’s one of those things which I forget that I did but when I remember its a very proud moment.

I was driving home from a crossfit session and I saw these trees. The shadowing just perplexed me and yet intrigued me. Worth the stop.

Error: Twitter did not respond. Please wait a few minutes and refresh this page. 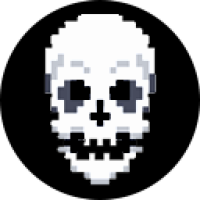 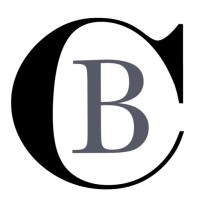 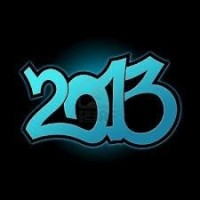 Me, Myself and iPhone

Wanderlust cities, off the grid adventures and stories in food culture

If there is ANY Challenge, I'm IN

My thoughts and feelings about the world around me.

The Art and Craft of Blogging